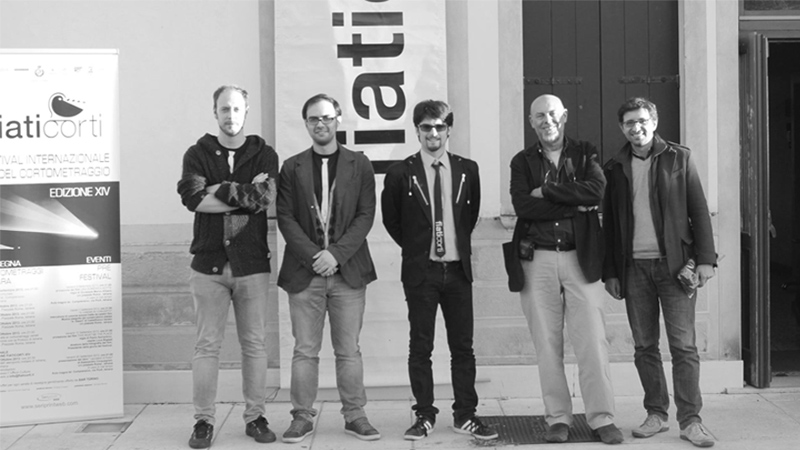 Fiaticorti was born in 2000 from the idea of some members of Istrana’s “Youth Project”. The year of birth of the event is not accidental: at the beginning of the second millennium the use of digital camera starts spreading. This is very innovative because it allows everybody to create and edit homemade videos. This is also the period of the inexorable decline of VHS tapes, as evidenced by some courts arrived in that format during the inaugural edition of the festival. The event name was selected for two reasons: firstly, 'shortness of breath' (fiato corto) is the effect of physical effort of short duration (the same duration of short movies). Moreover, a film that can last up to 20 minutes is able to convey strong emotions to the viewer, leaving her or him 'out of breath'. Initially, fiaticorti was condensed into a single evening, namely an awards night. However, from the 4th edition on, the format has been enhanced, and the festival develops over four stages, during which the best works are presented. In 2006 the section FiatiVeneti was introduced, to reward short film-makers from the Veneto region. In 2010, on the festival’s 10th anniversary, the archive of fiaticorti was inaugurated at Istrana’s “Youth Center”. It includes a collection of over a thousand films that have participated in the festival over the years. 2011 represented fiaticorti’s turning point. Not only did longtime artistic director Gianni Billio pass the baton to Bartolo Ayroldi Sagarriga (the new artistic director), Andrea Grespan and Simone Perotto, but the quality of the films in competition increased dramatically, together with the number of foreign participants, mainly from France, Great Britain, Romania and Spain. fiaticorti increasingly became an international event. fiaticorti was born in the wake of the rise of homemade video-making: a far-sighted choice if one thinks about how much progress has been made in this area (from videos shot with mobile phones to participatory or citizens’ journalism). But the identity of the festival, connected to the Italian film club culture of the Seventies, has always remained the same. Its goal is that of transmitting culture and passion for short films. That’s why the artistic direction has chosen not to accompany the festival with events of other kinds. fiaticorti is an event promoted, organised and designed by a group of young people under 30, but which is also distinguished by its longevity. fiaticorti is the first short film festival in the province of Treviso, and among the oldest of the Veneto region – born in conjunction with Circuito Off – and of Italy generally. Today in Italy there are around 200 festivals dedicated to short films. Among them, fiaticorti is one of the most popular.